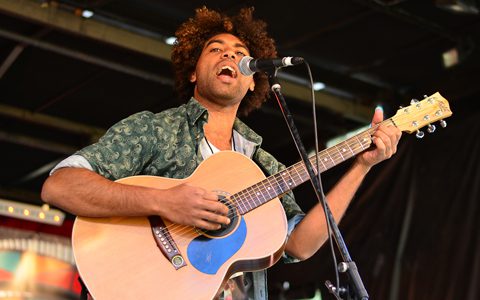 Finalists will be announced across all Deadly Award categories at the launch of the 2013 Deadlys® on Thursday in Sydney.

The 2013 Deadlys® will be launched at SBS, the Deadlys® broadcast partner, with rising star, singer-songwriter Marcus Corowa and SA rapper Caper headlining the launch.

Voting opens immediately following the launch which will be held at 11am at deadlys.com.au/vote and the public is encouraged to head to the site and get their votes in for finalists across music, sport, the arts and community categories.

Strong nominations were received by Deadlys’ producers Vibe Australia, reflecting the popularity of existing talent within the community and giving an opportunity for promising new talent to be recognised.

“We had record nominations this year, and there are some very talented individuals in the music, sport and arts categories as well as hard working organisations and individuals in the community categories which include health, education, employment, science, broadcasting, culture and journalism,” Executive Producer Gavin Jones says.

“We are really looking forward to announcing the finalists on Thursday, 18 July and opening up the awards for voting to the public.”

Tickets to the Deadlys will go on sale on Friday 19 July at the Sydney Opera House Box Office.

Voting across all categories can be lodged on the Deadlys website at deadlys.com.au/vote, with voting closing on 18 August 2013. Winners will be announced at the Deadlys to be held at the Sydney Opera House on 10 September.

Cap: Most Promising New Talent winner at the 2012 Deadly Awards will perform at the launch of the Deadlys in Sydney on Thursday, 18 July.

One Response to “2013 Deadly Awards launch”

Leave a Reply to susan darcy