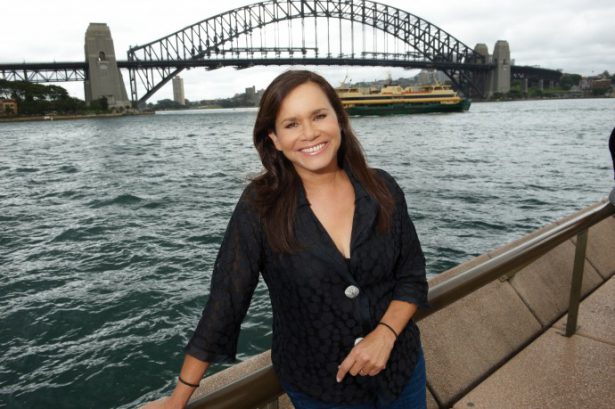 Over the two decades that the Deadly Awards have been celebrated, thousands of dedicated people have been involved to bring what is a night of recognition, culture and inspiration to wider Australia but few have been consistently involved from the beginning like arts advisor and broadcaster Rhoda Roberts.

Rhoda, who has been the host of Deadly Sounds for over 20 years, has been an important part of the Deadlys right from the get-go, not to mention her involvement within Deadly Vibe Australia and Aboriginal affairs all over the country.

From the very first Deadly’s in 1994, Rhoda knew that one day the Deadlys would grow into a massive celebration. She didn’t know it would one day be held in the Sydney Opera House but she did know that the venue would have to be big enough to house just a fraction of our talent.

“I knew we’d get somewhere like this. It’s pretty amazing that we’re here and we’ve been here for a quite a period of time. It’s good to have those dreams but the big dream is where we’re going to be in the next 20 years, what’s it going to be for our people?” she says.

“It’s quite interesting that we’re seeing more and more on our screens now and to see the Deadlys is at the same echelon as the AFI’s or the Grammy’s. The problem is that we’ve just got so much happening in our communities so it’s hard – when do you stop not giving and increasing those awards?”

There are a total of approximately 32 Deadly Awards up for grabs each year spanning the categories of music, sport, the arts and community and whilst going home with one is obviously an amazing accomplishment, Rhoda says the awards hold a more significant meaning.

You can nominate someone or something you think is deadly HERE

“What we’ve seen over the years is encouragement. A Deadly Award is not about competitiveness, it’s more about acknowledgement amongst your peers and your colleagues in the industry,” she says.

“For Aboriginal people to be acknowledged for their achievements 20 years ago was rare, so it’s more than receiving an award, it’s the empowering in areas across our communities and that’s the exciting thing.”

Rhoda agrees that right from conception the Deadlys have not only celebrated our achievements in Indigenous Australia but have provided a platform for Aboriginal and Torres Strait Islanders to be recognised by wider Australia.

“I think it’s essential for us, particularly artists who are just starting out who might not have a lot of opportunities of knowing people in the industry or of getting a gig,” she says.

“You win a Deadly and when you go and apply to get some funding to put your album together the fact that you’ve got a Deadly or Deadly nomination immediately tells that bureaucrat that you’re a serious performer.

“It’s really leveraging and helping people within the industry as well by just being nominated and being associated with the Deadlys because of their prestigious recognition.”

Rhoda says that one of her favourite parts of the Deadlys is seeing people receive the Hall of Fame Life Achievement awards because you not only learn about that person but see the tribulations they’ve encountered.

“I think the tribute to trailblazers whether they be in health, on the football field or in leadership is for me … I just love that we are continuing something that is quite cultural. In our own communities we honour those leaders and custodians who keep our communities together and I always love that tribute.”

The tribute to trailblazers is just one aspect of the 20th Deadly Awards that will transcend all expectations and make the celebration the biggest and best yet.

The post For Rhoda, it’s about community appeared first on Deadly Vibe.

Source: For Rhoda, it’s about community