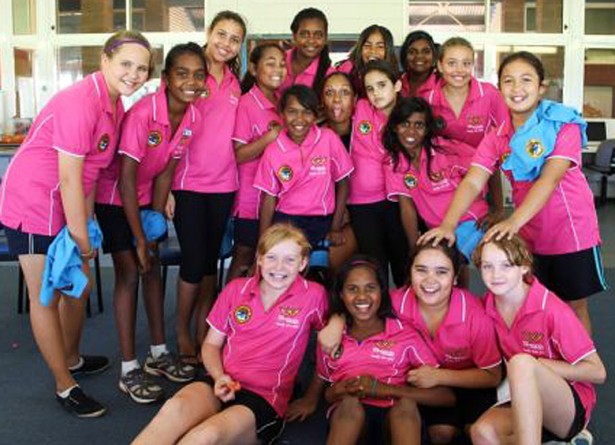 The Deadlys were held on Tuesday 10 September at the Sydney Opera House where a capacity crowd enjoyed all the thrills and spills of Australia’s largest Indigenous awards night.

The Deadly Sista Girlz is an education, health and wellbeing program aimed at Aboriginal and Torres Strait Islander girls aged 8-17 years of age. The program is delivered by female mentors from the David Wirrpanda Foundation and aspires to engage, educate and empower at-risk or disadvantaged Aboriginal and Torres Strait Islander girls to make better choices for their health and futures.

The program has engaged 2500 Aboriginal girls nationwide over the past five years. Each girl has the opportunity to be personally mentored throughout the program, with the goal of developing confidence and resilience in participants.

The Deadly Award for Excellence in Aboriginal and Torres Strait Islander Education is supported by the Australian Government of Department, Education, Employment and Workplace Relations.

In 2012, the Western Australian Commissioner for Children named Deadly Sista Girlz a WA best-practice program for improving the wellbeing of young people.

Vibe Australia produces the Deadlys®, Vibe 3on3®, InVibe, Deadly Vibe®, Deadly Sounds and Deadly TV. The Deadlys® 2013 will air on SBS ONE on Sunday 15 September at 9.30pm and repeated on NITV on Wednesday 18 September at 9.30pm. You can keep up to date with all the Deadlys® news at facebook.com/vibeaustralia and through Twitter @Deadly_Vibe #deadlys. You can also head to deadlys.com.au and subscribe to Deadly Vibe Wire at www.vibe.com.au