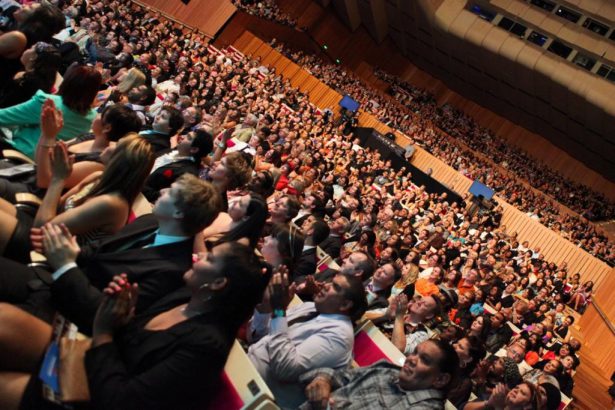 The 2013 Deadlys are back, at the Sydney Opera House on Tuesday, 10 September and are set to celebrate Aboriginal and Torres Strait Islander achievement across music, sport, the arts and community.

Tune into the Deadlys radio simulcast and hear all the thrills and spills, the glitz and glamour and the special moments that only the Deadlys can produce.

Kicking off at 7.00pm eastern time from the Red Carpet at the Sydney Opera House, we’ll bring you all the action from the Concert Hall stage until 11.00pm.

The Deadlys® radio simulcast is brought to listeners live via Koori Radio, through the National Indigenous Radio Service (NIRS) and Community Radio Network (CRN) services. To receive the live transmission, listeners need to tune into the channel that they receive their NIRS or CRN broadcasts on. NIRS is Channel 11 and CRN is Channel 14.

The Deadlys® show is one not to be missed. Organisers are tipping this year’s Deadlys Award’s night to be one of the best yet with a tribute to the late Dr Yunupingu by a stella ensemble cast and performances by Jessica Mauboy, Christine Anu and the legendary Archie Roach who will perform Song to Sing with the all-star backing of a gospel-like choir.

No doubt Jessica Mauboy will have the audience dancing in their seats with her club-vibe hit To the End of the Earth, and The Voice’s Simone Stacey will be on the mainstage again for a performance of her new single My Pledge.

In what is a first for the Deadlys®, the beautiful Christine Anu will be doing a double take, leaving Opera Australia’s production of South Pacific which is being performed in the Joan Sutherland Theatre simultaneously to the Concert Hall performance of the Deadlys®, when she is not onstage, to perform Bali Hai. Christine is playing Bloody Mary in South Pacific and will reprise this iconic song on the Deadlys® mainstage.

Other Deadly performances include the Northern Territory’s East Journey, Sydney-based singer Marcus Corowa who was the winner of Most Promising New Talent at the Deadlys® in 2012, and WA group the Bartlett Brothers.

But a show is not a show without variety, and that’s what Deadly Executive Producer Gavin Jones has got planned for 2012 – lots of variety.

“It’s a show that’s been put together to showcase our incredible talent, both established and up and coming, that will be momentous, moving and entertaining,” Executive Producer and Creative Director of the Deadlys®, Gavin Jones says.

Along with the thrills of a national awards night, the Deadlys® is definitely a show that will be enjoyed with strong finalists across all award categories.

The Deadlys®, Tuesday 10 September, live from the Sydney Opera House, on a station in your region.

The Deadlys® 2013 will air on SBS ONE on Sunday 15 September at 9.30pm and repeated on NITV on Wednesday 18 September at 9.30pm. You can keep up to date with all the Deadlys® news at facebook.com/vibeaustralia and through Twitter @Deadly_Vibe #deadlys. You can also head to deadlys.com.au and subscribe to Deadly Vibe Wire at www.vibe.com.au