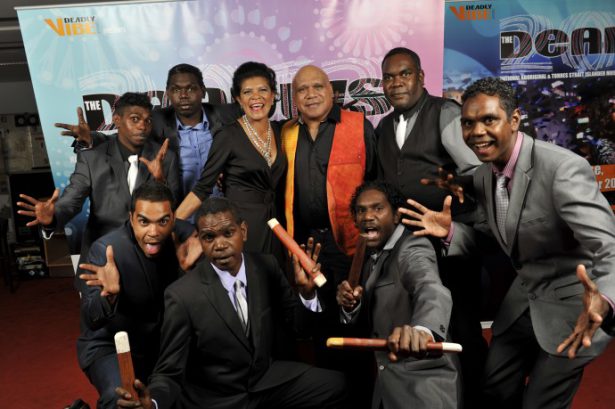 Nominations are now open for the Deadly Awards which are celebrating 20 years of highlighting Aboriginal and Torres Strait Islander achievement and excellence on a national stage in 2014.

The 20th Deadlys will be held on 30 September at the Sydney Opera House and promises not only to be a night of excellence and entertainment, but also a significant celebration for Aboriginal and Torres Strait Islander people and non-Indigenous Australians, across the country.

The Deadlys organisers are planning a show that celebrates Indigenous achievement over 20 years. Past winners and present day contribution will come together in a spectacular that pays tribute to the talent, strength and breakthrough determination of Aboriginal and Torres Strait Islanders across music, sport, the arts and community.

You can nominate HERE.

The Deadlys are the largest Aboriginal and Torres Strait Islander awards night on the national calendar, showcasing the achievements of Aboriginal and Torres Strait Islander people right across Australia. They began as a first anniversary celebration for the Deadly Sounds radio show at Redfern’s Boomalli Aboriginal Artists Cooperative, and evolved into the national awards night Indigenous and non-Indigenous Australians embrace each year.

Promotional video for the 2013 Deadly Awards:

“Today, the Deadlys achieves widespread media coverage, with broadcasts on SBS, Imparja and NITV, as well as a high presence online. Quite simply, the Deadlys is now the largest national Aboriginal and Torres Strait Islander event on the calendar. We estimate that it reaches some 500,000 people,” Executive Producer and founder of the Deadlys, Gavin Jones says.

“We also directly engage with the Indigenous community through the nomination and voting processes, and last year received a record 95,000 votes.”

At the heart of the Deadlys’ longevity is a belief that it is a privilege to create and produce a show which honours the achievement, excellence and contribution of Indigenous people to their communities and to wider Australia.

“At its core, the Deadlys is a night of unforgettable celebration for everyone. We strive to make each show better than the last. It’s a high standard to set, but worth it to see the community so proud, at our nation’s iconic Sydney Opera House. The happiness and goodwill generated each year across the nation by media supporters, in regional, remote and urban Indigenous communities, our national broadcaster SBS, the Opera House staff and from the wider public means a lot everyone who works on the Deadlys,” Gavin says.

“This year will be an unforgettable celebration, not only of achievements over the past year, but over 20 years.”

Nominations for the 20th Deadlys are open now and close on 30th June 2014.

So if you want to be a part of the 20th Deadlys, get those nominations in before 30 June and tell us who you think is Deadly in 2014 across music, sport, the arts, health, education, employment, cultural advancement, science and healing.