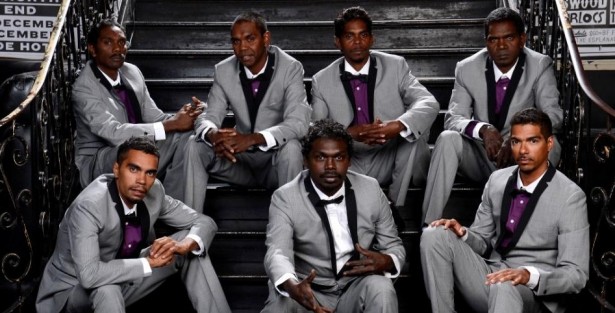 The 2013 Deadly Awards will pay tribute to the late Dr Yunupingu – a Gumatj man, Yolngu man, Yothu Yindi lead singer and former Australian of the Year, who passed at his home in the Northern Territory earlier this year.

Dr Yunupingu’s family will attend the Deadlys for the tribute and celebration of Dr Yunupingu’s contribution to Australian music and society.

In November 2012, Dr Yunupingu travelled to Sydney for Yothu Yindi’s induction into the ARIA Hall of Fame. Formed in 1986, Yothu Yindi crossed the cultural divide by blending Indigenous and non-Indigenous sounds to create something unique. It’s a sound that has had a lasting impact on both the musical and political landscape in Australia, and internationally.

Paul Kelly in introducing the band and Dr Yunupingu at the ARIA’s recalled their music brought together opposites: tribal, modern, Balanda (white Australians) and Yolngu, seriousness and celebration.

The Deadlys® will be a time for remembering but also for celebrating Dr Yunupingu’s immense contribution to Aboriginal music and to Aboriginal affairs, Deadlys Executive Producer Gavin Jones says.

“The entire generation of Aboriginal and Torres Strait Islander artists and musicians who developed and performed their craft in the 1990’s and 2000’s owe a huge legacy to Dr Yunupingu. Even though this is recent and significant history, Australia was a very different place in the late 1980’s and 1990’s to what it is today,” Mr Jones says.

“Dr Yunupingu was a break out performer who shot to national and international fame and then used his fame, not for his own glory but for the advancement and benefit of the Yolngu people and all Aboriginal and Torres Strait Islander people.

“It’s hard not to overstate the importance of this wonderful Aboriginal Australian man, and the ripples that flow from his life’s work permeate at the most practical and functional levels of the music scene, of Aboriginal affairs, of reconciliation, and in Indigenous education.

Yothu Yindi is a multiple Deadly Award winner and was inducted into the Deadlys Hall of Fame in 2004, winning the Jimmy Little Award for Lifetime Achievement to Aboriginal and Torres Strait Islander Music.

The Deadlys are on at the Sydney Opera House on 10 September. Tickets are on sale through the Opera House booking office or phone (02) 9250 7777 .

Pictured: Dr Yunupingu’s grandson Rrawun Maymurru (front, centre) from East Journey will be one of the performers on stage for the tribute. East Journey will also be performing at the Sunset Ceremony for the Deadlys.